Be Undeniable, often stylised as a hashtag #beundeniable, was the tagline and campaign for the Absolutely U. franchise in 2015.

After the launch of Absolutely U., Breanna Burton started to add more characters and expand the world of A.U, but she was concerned that the brand that existed was too 'friendly' to be taken seriously - the 'Be who U are!' tagline didn't feel powerful enough - and was too similar to existing brands, and needed a campaign that would make it more unique, and give it the 'oomph' that it needed to gain greater recognition. With this, Burton began to change fonts, edit the overall style of the brand, and work on a brand new campaign.

Hints started to go on the wiki, with one of the notices on the 'news' segment mentioning the phrase 'Be undeniable'. Soon, an image was placed on the main page, promoting a revamp of the wiki.

Additionally, Burton set up a Tumblr account for the brand, and began to post teasers relating to the new campaign, which would feature new characters and redesigned versions of the original characters.

On the Tumblr account, Burton posted several teaser pictures, slowly leading towards the next stage of the launch. 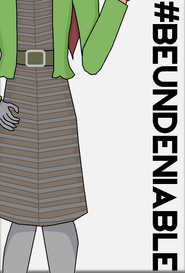 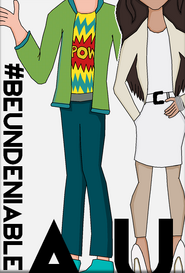 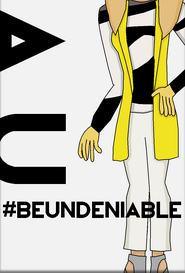 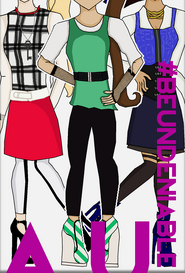 Add a photo to this gallery

The campaign started to take a drastic turn with the release of this video:

This video previewed more of the remaining characters to be previewed, and revealed the launch date - 1st March 2015.

Days before the launch, Burton placed a new teaser every day starting on the 26th February, to count down the launch. 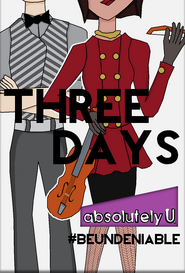 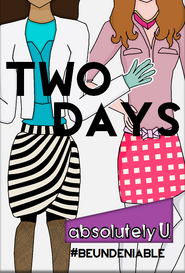 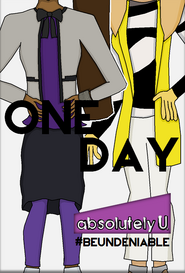 Add a photo to this gallery

Also, Burton slowly updated the main page with new sub-heading images, an improvement to the character rotations and updates on the existing character pages. This would tie up all ends leading up to the launch on March 1st.

On the 28th February 2015, Wynona Kent, one of the five new characters, was uploaded as an exclusive early release.

The background image for the wiki was made lighter, and a new main page image featuring a new group shot of Norah, Marley, Sienna and Valeri in 2.0 fashion was revealed. The 2015 relaunch was now complete.

Priya Watson - 2.0 fashion
Add a photo to this gallery

Be Undeniable remained the official tagline throughout 2015.

A process began after the relaunch to update older artwork of the existing characters to put them in line with the new characters. This began with the four original characters, and has since expanded outwards, with the aim to have all characters with updated artwork by Summer 2016. This practice diminished later in the year as Burton prepared for a new campaign.

Retrieved from "https://absolutely-u.fandom.com/wiki/Be_Undeniable?oldid=5372"
Community content is available under CC-BY-SA unless otherwise noted.